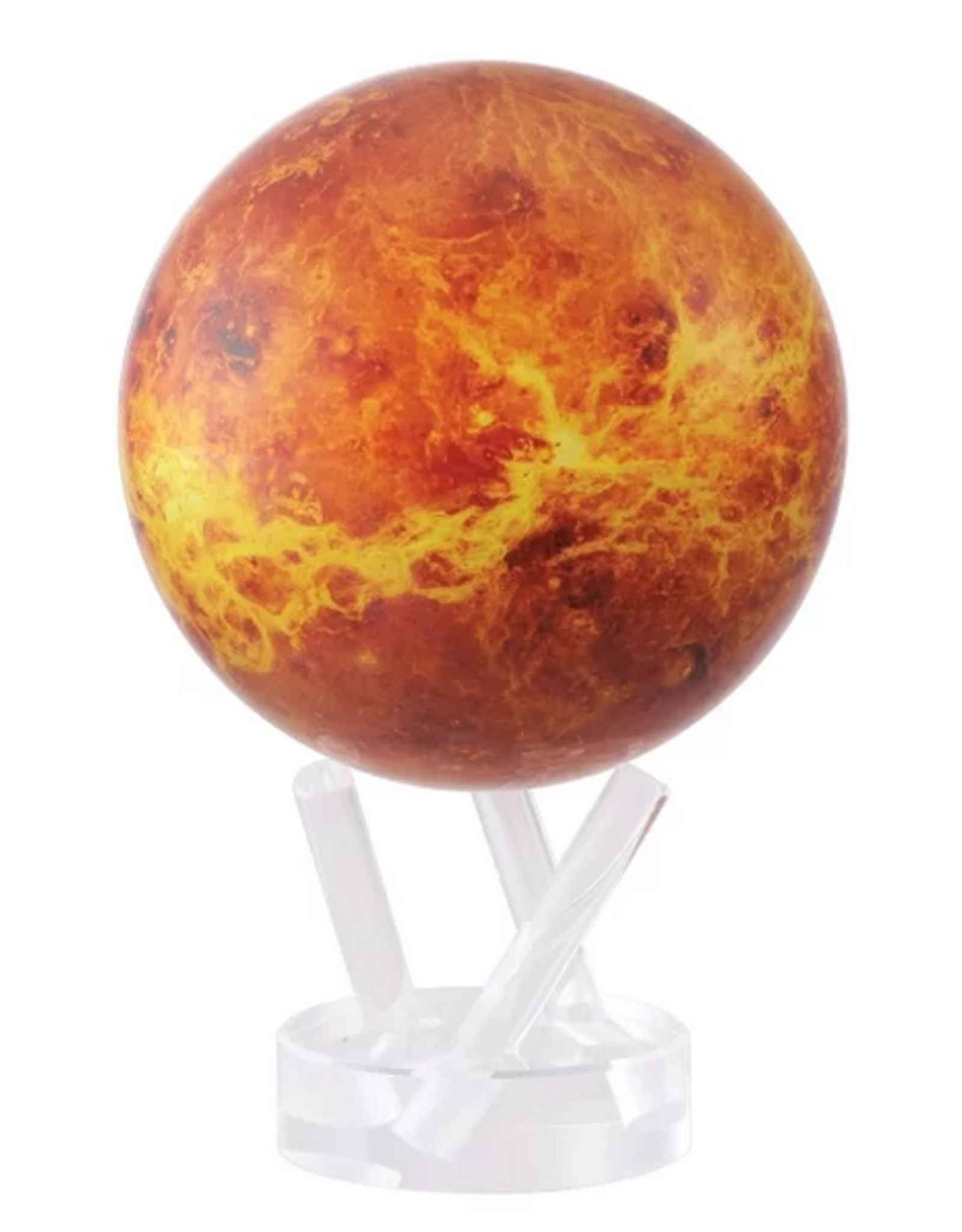 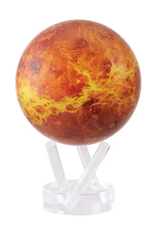 Venus is the second brightest object in the solar system, and is often called 'morning star' for this reason. Named for the goddess of love in Roman mythology, Venus boasts a bold color palette, full of flaming red and orange hues–colors of passion and beauty. It is said that the Romans named the planet after one of their most prominent gods because it was the brightest of all the planets. We've captured Venus's natural allure and scaled it down to fit our globes.